West Boylston and the “Energy Sector” in Massachusetts

West Boylston and Massachusetts recognize the importance of protecting our environment and reducing GHG emissions from our sources of energy generation. West Boylston is extremely proud of its contribution towards reducing GHG emissions through existing clean generation, long-term power supply projects, and, funding of energy efficiency and conservation programs for our ratepayers.

WBMLP’s ability to govern its operations at the local level resulted in significant amounts of non-GHG emitting energy generation, low electricity rates, and, investment in new renewable and clean energy projects. By the end of 2019, WBMLP purchased 70% of its annual energy supply from non-GHG emitting solar, wind, nuclear, and hydroelectric generation. 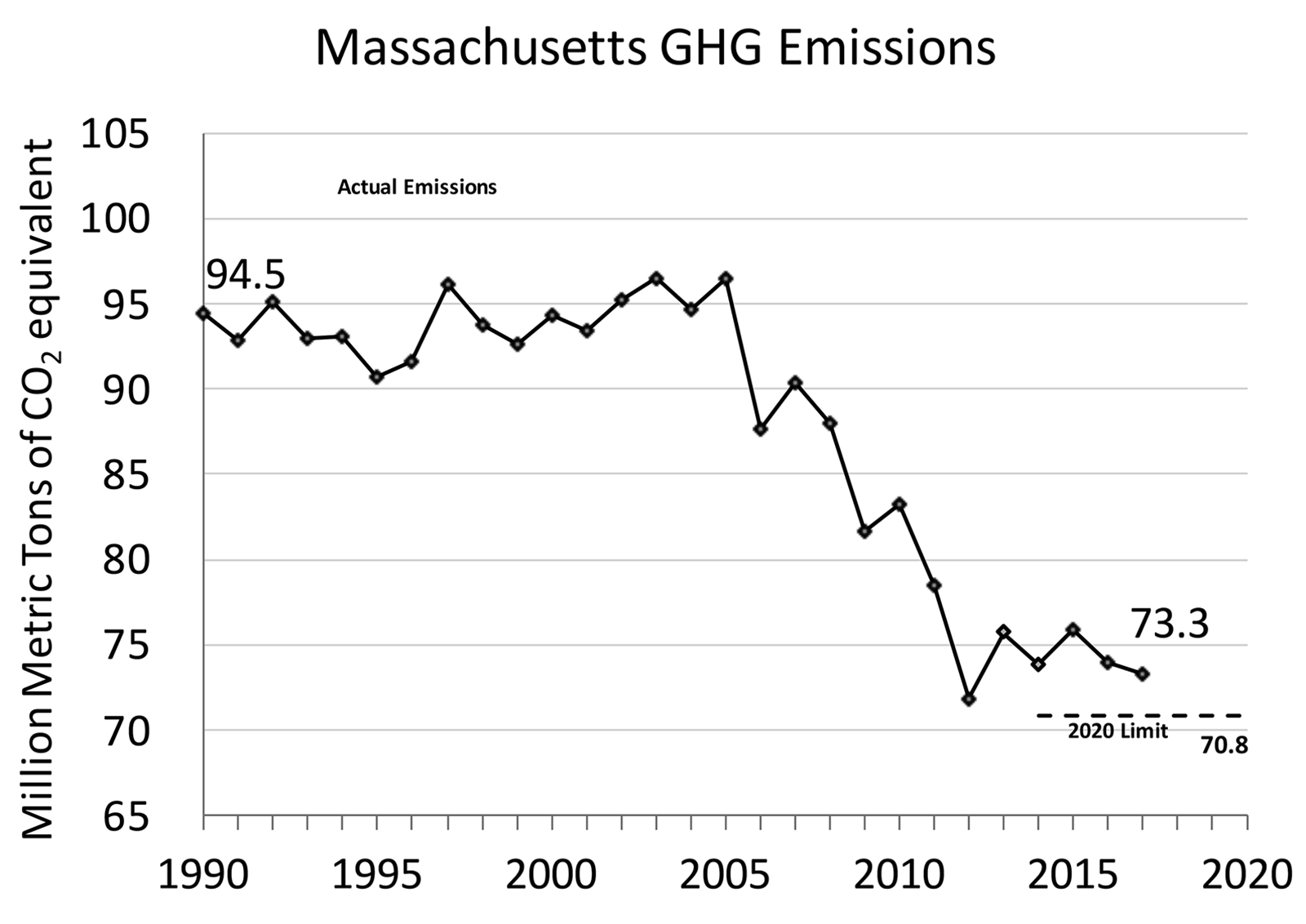 The chart below, from MassDEP’s webpage, emphasizes our sectors significant reduction of GHG emissions through 2017. 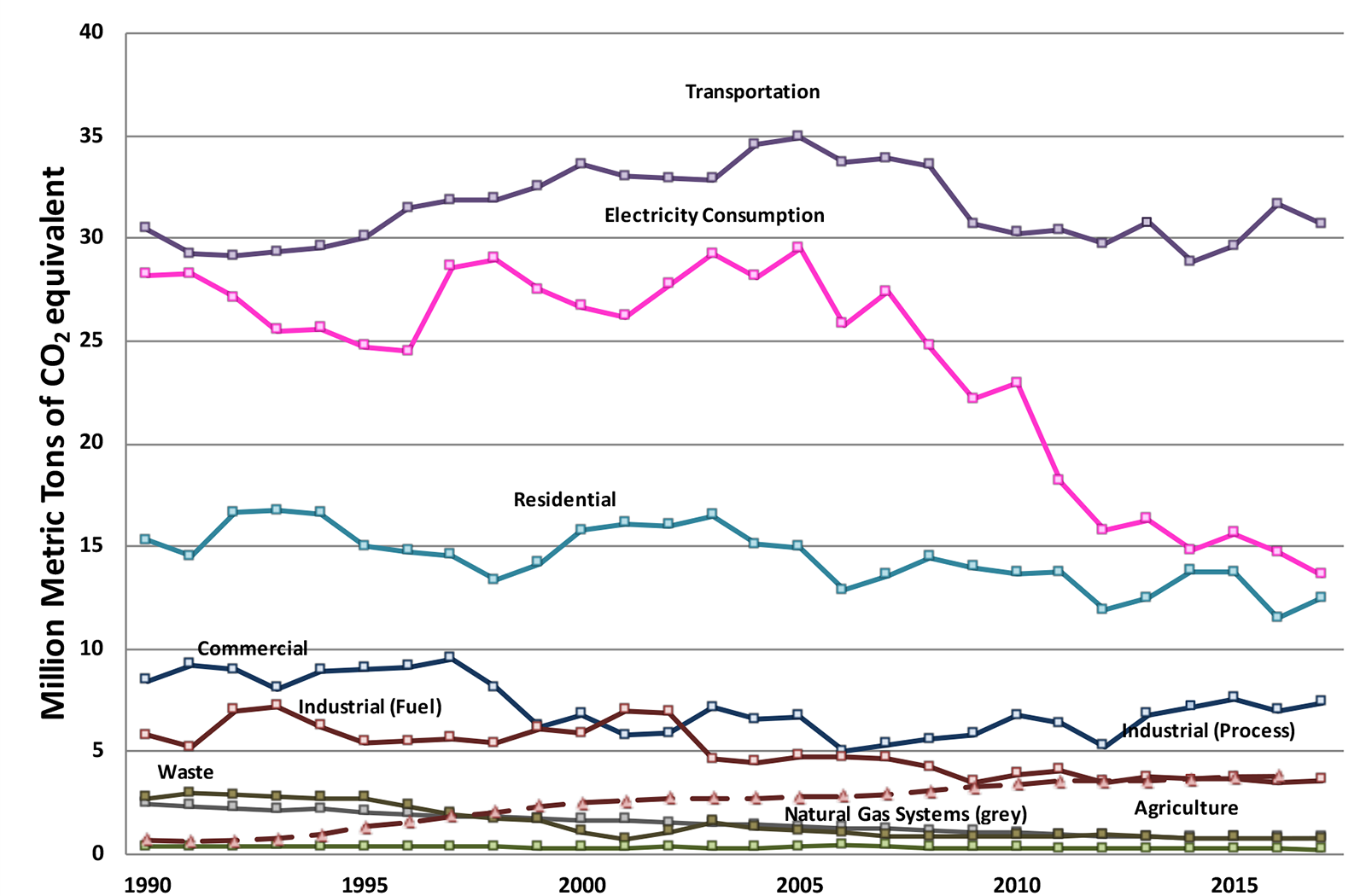 MassDEP's 310 CMR 7.744 sets an energy sector annually declining limit on aggregate CO2 emissions from the 21-fossil fueled power plants in Massachusetts, from 8.96 million metric tons of CO2 in 2018 down to 1.8 million metric tons in 2050. This will result in an 80% reduction of CO2 from all MA based generation.

The Clean Peak Energy Standard (CPS)5 was created through “An Act to Advance Clean Energy”, signed into law in August 2018. Clean Peak Resources include new Class I Renewable Energy Resources, Existing Class I / Class II resources that are paired with an Energy Storage System, Energy Storage Systems, and Demand Response Resources. A qualified CPS resource that generates, dispatches or discharges energy to the electric grid during a Seasonal Peak Period will generate Clean Peak Certificates and the electric distribution companies and competitive supplies are required to purchase a certain amount each year above the RPS and CES requirements. The CPS starts at 1.5% in 2020 and increases to 16.5% in 2030.

The cumulative requirements of the Commonwealth’s RPS, CES and CPS means that the electric distribution companies and competitive suppliers are currently mandated to achieve 100% renewable and clean energy by approximately 2039. Stacking the cumulative and annual requirements of all these regulations creates the following chart, illustrating how soon our sector will reach 100% renewable and clean energy. 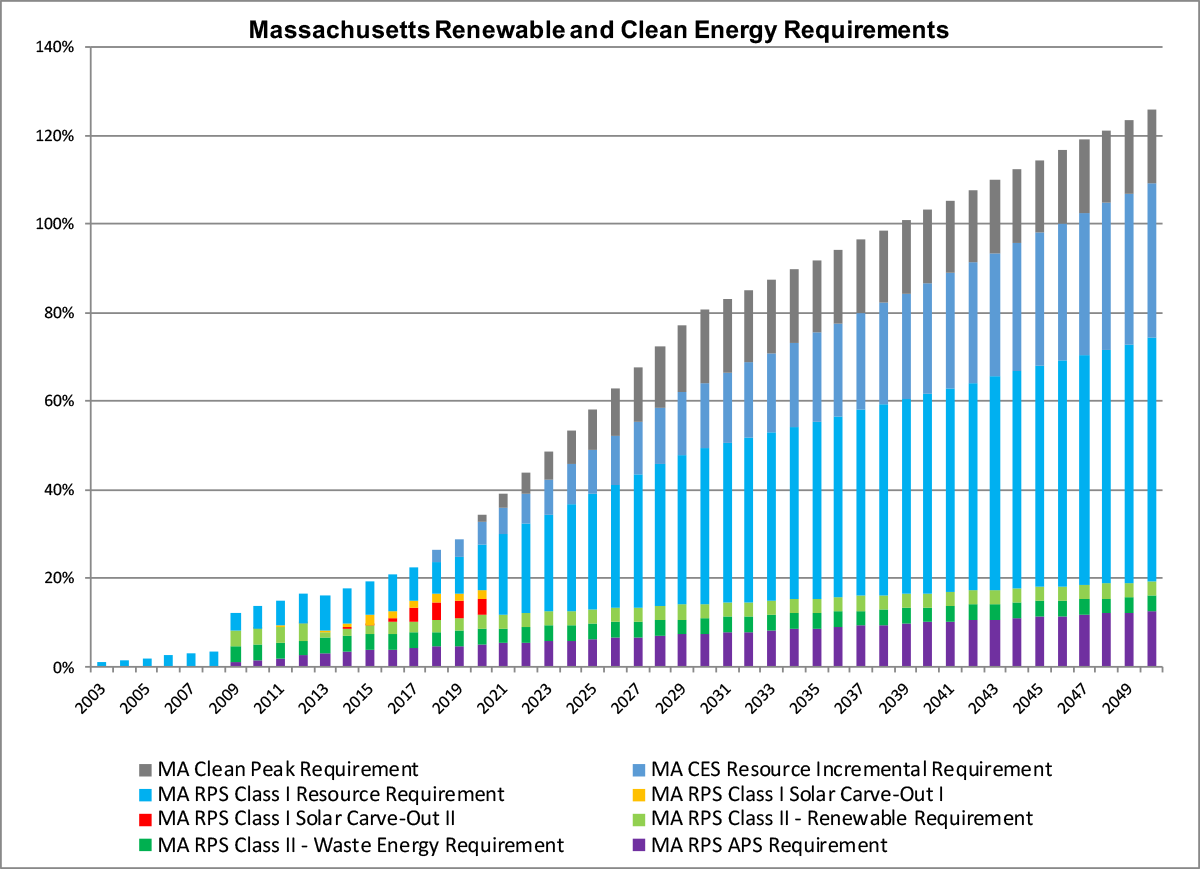